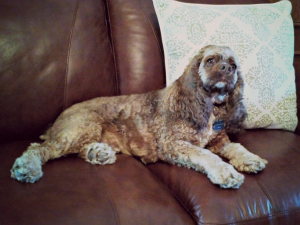 I can’t believe you ate that.

It has been a slow week for me. We are currently in between holidays, nothing major until the big’uns! I call it the post-Labor Day Slow Down. Well, I thought it was slow until I find out that one of my favorite clients, Barkley, got into something dangerous!

Barkley likes to eat things. That’s just who he is as a dog, he eats stuff he isn’t supposed to. Usually it is just mail, or paper towels. Sometimes bugs or trash. His owner knows he eats things so there are baby gates all over the house, everything is put up and locked up. But accidents happen….

This time he got into a bottle of Advil! I’m not sure of the details surrounding his foray into pharmaceuticals but I know it wasn’t just left out for him to eat. Well, Barkley spent three days in the emergency vet. Now he is “through the woods” but he is still on lots of medication and they are trying to get his body back on track. Will this “teach him a lesson”? Probably not. I know Barkley, and I bet he is thinking of what to eat next right now.

I come into the story here. Because his medicine is 3 times a day and his owner works, I get to come over and medicate him! We also had a scare yesterday so I got to take him to the vet for a check up (everything was ok). The good part is that after he takes his medicine we have lots of time for belly rubs, ear scratches, back rubs, rolling on the floor, and any other crazy thing he can think of. I had a talk with him about not eating medication but I don’t think he was listening.

The moral of the story is this: Don’t let your dog practice pharmaceutical science! And if they do get into something take them to the emergency vet ASAP! A lot of things that we don’t consider dangerous will kill dogs.